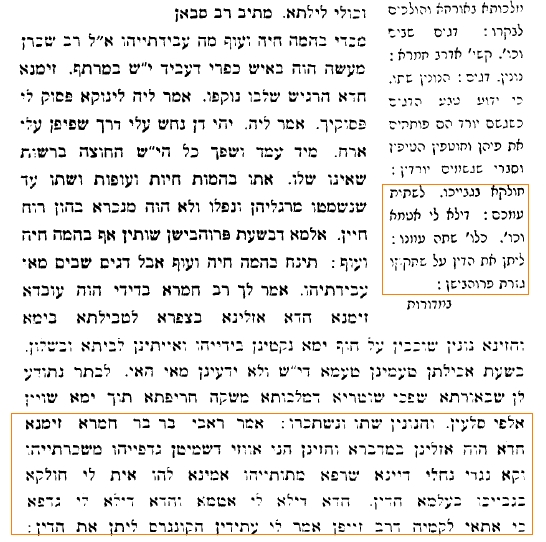 Tractate “Prohibition”
Dr. Henry Abramson
“Reverend” Gershon Kiss of Brooklyn captured the spirit of Purim brilliantly in his 1929 parody of the Talmud, “Tractate Prohibition,” which pokes fun at both Rabbinic dialectic and American society. Written in a combination of Hebrew, Aramaic and the occasional Anglicism (“do not read for the Jews there was light and joy va-yikar, rather there was light and joy and liquor”) and formatted like a traditional Talmudic tractate with a “gemara” framed by a Rashi-like commentary, this little-known work makes for excellent reading and even study as part of the holiday festivities.
“Prohibition” refers of course to the bizarre social experiment of the 18th Amendment to the U.S. Constitution. Passed in 1919, it effectively banned the sale and distribution of alcohol, spawning a massive black market industry catering to the proclivities of large numbers of Americans who chose to flout the law of the land until the amendment was undone by the 21st Amendment (1933). Religious groups were allowed wine for ritual consumption, and Jews had an advantage over Catholics in that the latter only drank sacramental wine in Church, whereas Jews were free to do so at home.
You can read the rest of the article here: https://jewishhistorylectures.org/2016/03/23/tractate-prohibition-purim-torah/